Back in May, I received a very thoughtful birthday present - a pair of tickets to a concert at the Proms.
So three months later we went down to the Royal Albert Hall. 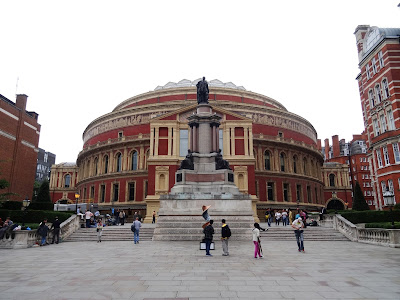 I'm not a particular fan of classic music, but this was a rather special concert, the music from the BBC wildlife series Life Story, played by the BBC concert orchestra and presented by Sir David Attenborough.

Prior to the concert we attended a BBC Proms Extra - a 45 minute discussion at the nearby Royal College of Music - with the composer Murray Gold (best know for his work on Doctor Who) and series producer Michael Gunton.
. 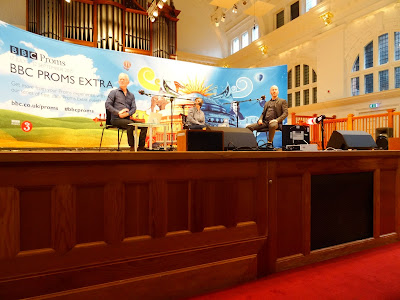 .
Who discussed the problems of producing a program that was constructed from 2000 hours of film footage and composing a complex score from very rough edits.

One hour later was the proms itself, whilst the orchestra received a warm applause the greeting which Sir David received was almost rapturous.
. 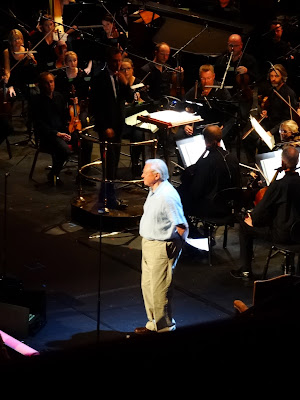 .
The concert took the form of Sir David introducing (basically the Life Story narration) the corresponding clips which were projected onto several large screens around the hall, whilst the orchestra played the corresponding score.
. 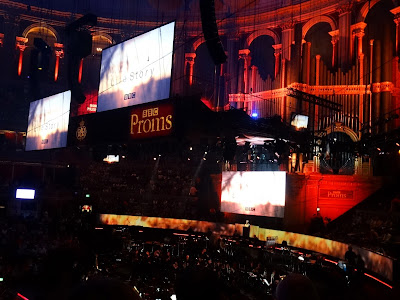 .
I have never been a particular fan of music in natural history programmes - preferring the sounds of the natural world or finding it a distraction from the narration.
Yet in this instance I have become to appreciate how important it can be to help the narrative, especially when the scene itself features very little natural sound.

For example, the use of exotic percussion to enhance the situation comedy that is hermit crabs forming their own housing chain.


Or using a violin and accordion to construct a tango to reflect the final fatal dance of a male Peacock Spider.

The subtle use of the string section (and clever editing) to reflect the emotion and pathos of a herd of elephants examining the remains of a long dead relative:

And constructing a dramatic sense of tension as young praying mantis start to make their way in the world - which matches anything out of Hollywood (or in the case of Alien, Pinewood) and a twist at the end which surpasses most films:


Certainly the music adds a huge amount to each scene and considerably enhances the dramatic effect, it also reflects emotions that may or may not exist in the natural world - comedy, fear, grief and suspense - but without it, the series would be significantly less impressive.

And for me, not only seeing a true icon, but to hear such excellent music played by some of the finest musicians has been one of the highlights of the year.

At the time of writing, the concert is still available on BBC iPlayer and is well worth listening to.

As is the BBC Proms Extra:

All films are copyright BBC.